You may be wondering whether it’s the buyer or the seller who owns a house between exchange and completion. This is important for a number of reasons, which I will explain in this article.

Who owns the house after exchange of contracts?

After exchange of contracts it is the vendor of the house who still owns the property.

But at this point the buyer is legally bound to complete the purchase and the seller is legally obliged to finalise the sale.

It is for this reason the buyer should take out insurance on the property, which should be done on the day of exchange.

However, the vendor should also still have insurance in place until the day of completion to cover any physical damage that may occur to the house, just in case the buyer fails to complete.

Who is responsible for a property after exchange of contracts?

As the house still belongs to the vendor, they are still legally responsible for a property after exchange of contracts. Any damage caused by the seller after contracts have been exchanged must be fixed at the sellers expense and the buyer should be informed.

The vendor should look after the house and keep it in the same condition as it was on the day of exchange.

What happens between exchange of contracts and completion?

Between exchange of contracts and completion the seller will pack up their belongings ready to move out.

The buyer will book a removal firm for the day of completion to move their belongings to their new home. Also, the buyers solicitor will use the time to make sure the monies are available to complete the contract.

What is the risk between exchange and completion?

There is a very small risk between exchange and completion that one of the parties will fail to complete.

If this happens, which ever party fails to complete is in breach of contract and may suffer serious penalties. For example, if it’s the buyer who pulls out, they will likely lose their 10% deposit.

Who insures property between exchange and completion?

A property should be insured by the seller and the buyer between exchange and completion.

The importance of exchange to completion insurance

Whilst the house is still owned by the seller, the property is at the buyer’s risk after exchange of contracts.

There are risks after exchange of contracts where something could go wrong between exchange and completion. For example, there could be a house fire and the house may burn down, there could be storm damage or even a flood.

But even if one of these disasters were to happen, the buyer would still be obliged to complete on the purchase. Which is why it’s so important for the buyer to take out insurance cover on the day of exchange. Which is so the insurance cover will pay out for any disaster that happens.

As already explained, the seller should also maintain their own insurance policy on the property. This is because they may also be responsible for any damages caused, which depends on what’s included in the sales contract.

The insurance cover by the buyer is also to cover for any consequential losses caused by damage to the house. For example, if as a result of the house burning down, the buyer would have to move into a hotel. The insurance would pay for this eventuality and associated costs.

If any of the above disasters were to happen this becomes a bit of a legal and insurance nightmare. But your risk is minimised by having insurance rather than not, as it should be your insurance company who will sort this out for you.

Do sellers have to clean the house before they move out?

Sellers are not legally obliged to to clean the house before they move out, but it’s common courtesy to do so. It’s the old saying “treat others how you like to be treated.”

Before a seller leaves a house for the buyers to move in, they should clean the kitchen, vacuum the floors and clean the bathrooms. Sellers should leave their house in a way they would like it for themselves.

There’s not much you can do if you find a house full of rubbish on the day you move in. But if the seller trashed the house before they moved out, you may have recourse on this.

If this does happen to you, I suggest you speak with your conveyancing solicitor to see if anything can be done. But before you do anything, make sure you take plenty of photos of the damage.

Can a buyer move stuff in before completion?

It’s okay if a buyer wants to move their stuff in before completion. But this can only happen with the approval of the seller. This isn’t practical if the vendor is still living in the house. But with prior approval stuff can be moved into a garage or into the garden.

If the seller has already moved out, then it’s possible to agree to let them move some of they things in between exchange and completion. But this must be supervised.

Because of their large house and garden, they had so much stuff. They asked if they could start to move some of their garden furniture between exchange and completion. I was happy to agree to this as it presented little to no risk to me.

Should I let buyers move in before completion?

A vendor should not let a buyer move in before completion. But in any case this may not be practical if the seller is still living in the house.

By permitting the buyer to take occupation prior to completion will often be a breach of the terms of the seller’s mortgage too.

But if the buyer is pushing to move in quickly, you may suggest a same-day exchange and completion. However, if you suggest this, you will also need to move out on the same day too.

You will therefore need to agree a similar arrangement down the chain for this to work. Unless you move into rented accommodation before you buy your next house to shorten the sales chain.

This is one of the reasons why I suggest to move into rented accommodation when you sell a house. Another reason I suggest this is because it reduces stress when selling a house significantly, because of the shortened sales-chain.

There’s less to go wrong with a shorter chain. The less to got wrong, the less there is to stress about!

Can you do work on a house before completion?

Yes you can do work on a house before completion, so long as this is agreed before contracts are exchanged. The terms of the work need to be included in the sale exchange contract.

This is called a key undertaking and is often used by investors when buying empty probate properties to move forward with renovations as soon as possible.

So you can get the keys before completion, but usually only by prior contractual agreement first.

But also, a buyer may want to measure up after contracts have been exchanged for things like new carpet.

Often times buyers will ask to visit a house between exchange and completion to measure up to see if certain items of furniture will fit. This is okay to give permission for this.

It’s also okay to allow contractors in to measure up after contracts have been exchanged. This may happen if the buyer intends to carry out works on the property soon after contracts complete.

I hope you’ve got something from reading this article about who owns a house between exchange and completion?

If you’ve got something from this article about “who owns a house between exchange and completion?” please share it on your favourite social media site.

Who Owns A House Between Exchange And Completion? 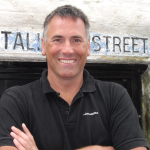 By Russell BowyerPosted in Help to buy a property, Help to sell my property, Property discussion3 Comments on Who Owns A House Between Exchange And Completion?

3 thoughts on “Who Owns A House Between Exchange And Completion?”